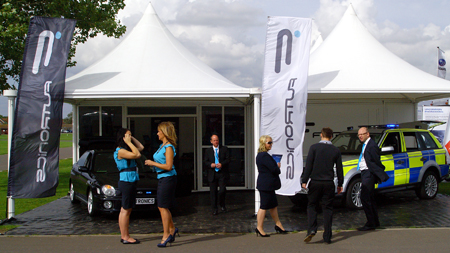 Futronics once again attended the annual exhibition and conference for Police Fleet Managers, held this year at the EXEC Exhibition Centre in Peterborough.

Despite some unpredictable weather, with near monsoon style rain prior to the event, the sun managed to come out and the Futronics stand proved to be a big draw for delegates. Futronics launched its new ePS Electronic Programmable Switch at the show and received immediate interest from both vehicle manufacturers and police forces, resulting in subsequent purchase orders.

It was also very pleasing to meet a number of international visitors who also expressed considerably interest in Futronics products.

If you would like to keep up to date with the latest news and event information from Futronics you can subscribe to our online newsletter. Please click on the subscribe button below and fill out the required information.